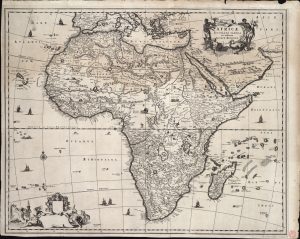 Founded as a kingdom around AD 300, the empire of Ghana reached its height in the 10th and 11th centuries. Becoming a superstate, it also controlled territories that are now the modern nations of Senegal, Gambia, Mauritania, Guinea and Mali. The empire was located between two rivers, the Senegal and the Niger, and its capital was Kumbi-Saleh, in what is now south-eastern Mauritania. Other important cities included Nema, Audoghast and Walata.

Located at the centre of trade, donkey and camel caravans brought gold and salt, and barges and porters also carried merchandise. Ibn Haukal, an Arab geographer writing in AD 951, tells of a cheque for 42,000 gold dinars written to a merchant in Audoghast by his business partner in Morocco. He also informs us that the ruler of Ghana was the richest monarch on the face of the Earth, whose pre-eminence was due to the quantity of gold nuggets amassed during his reign and by his predecessors.

Beginning as a tributary state within the empire of Ghana around AD 800, Mali became independent in the 12th century and later seized territories previously owned by Ghana until, in the 14th century, it ruled what are today the nations of Senegal, Gambia, Mauritania, Guinea and, of course, Mali.

It was then the second largest empire in the world, comparable in size to all of western Europe. According to architectural scholar Sergio Domian, it had at least 400 cities and large towns. A BBC documentary, based on the research of British historian Felipe Fernández-Armesto, described the empire of Mali as the richest on Earth at that time.

Timbuktu, one of its major cities, had three famous temples whose minarets dominated the skyline: the Great Mosque, Sankoré University and the Oratory of Sidi Yahia. A 12th-century geography text describes Gao, another important city, as ‘a populous, unwalled, commercial and industrial town in which were to be found the produce of all arts and trades.’ Archaeologists from Cambridge University recovered interesting 10th- to 14th-century artefacts from this city including: ‘Fragments of alabaster window surrounds and a piece of pink window glass’.

Ethiopia and its cities of Yeha, Axum, Lalibela, Harar and Gondar have thousands of years of history, rich in monuments, fine art, coins, manuscripts and inscriptions and of great importance in the early history of Judaism, Christianity and Islam. In the 3rd century AD, it was reckoned to be the third most powerful state in the world, after Persia and Rome. Some scholars identify its written script, Ge’ez or Ethiopic, as the parent of the Armenian and Georgian scripts of eastern Europe.

The temple of Almaqah in Yeha, with its inscriptions written in proto-Ethiopic, was built in the 6th century BC. Axum contains seven giant stelae carved between 300 BC and AD 300. One of these, the fallen monolith, is the largest ever made anywhere in the world, weighing a staggering 520 tonnes.

Lalibela contains 11 medieval churches carved out of the mountain rock by hammer and chisel to a depth of 11 metres below ground level! Sixteenth-century Harar is the fourth holiest site in Islam and a centre of Islamic scholarship. Finally, Gondar contains 17th-century castles, which have earned it the moniker of the ‘Camelot of Africa’.