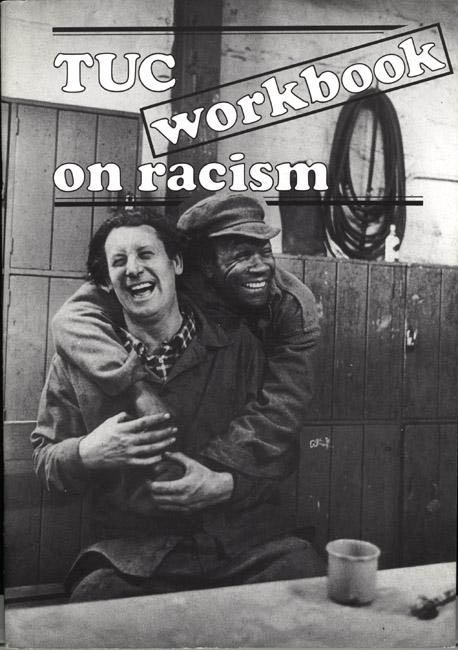 The Transatlantic Slave Trade left a lasting impact on Africa, the Americas and Europe, indeed in many respects it had a global impact. The Trade and Atlantic slavery in general, had a major influence on the development of capitalism, an economic and political system that developed first in Europe and then spread throughout the world. Although historians argue over its specific effects, it is clear that the slave trade and slavery played a key role in the economic development of Britain and other major European countries as well as the US. Britain’s industrial revolution was principally spearheaded by the production of textiles, and much of the raw cotton for this important industry was produced by slave labour in the United States. Even after Britain had abolished the slave trade and slavery, profits continued to flow in to Britain from investments in the slave trade and slavery maintained by other countries, including the United States, Cuba and Brazil.

In the 19th century the economic interests of Britain and the other major European powers actually led to even more interference in Africa’s affairs even after the official abolition of the slave trade. By the end of that century the rivalry between the major powers culminated in what The Times referred to as the ‘Scramble for Africa’. All the major powers invaded the African continent and established colonial rule. By 1914 only two countries, Liberia and Ethiopia, remained independent. The relationship of dependency that had developed during the period of the Trans-Atlantic Slave Trade was continued much to the detriment of Africa.

There is still disagreement about exactly what legacy the Transatlantic Slave Trade has had on the African continent. It is clear that Africa lost many millions of its population. It also became increasingly tied to the economies of Europe so some of its economic independence was lost. This was followed by the loss of political independence during the colonial period. It has therefore been argued that Africa’s ability to develop independently has been severely hampered both by the impact of the Transatlantic Slave Trade and by colonial rule. Even after the end of colonial rule, Africa has remained impoverished, debt-ridden and dependent and largely dominated by the major powers.

Another major legacy of this period was the enduring nature of racism and Eurocentrism. In many countries such as the United States enacted laws which gave legal sanction to discrimination against those of African origin, and even in Britain there were no laws against racism until 1965. Colonialism in Africa and the Caribbean was openly based on the racist view that Africans and those of African descent could not govern themselves, as was the openly racist system of apartheid in South Africa. During the 20th century great victories against racism were achieved, for example as a result of the Civil Rights movement in the US, but racism and racist violence still exist in many countries throughout the world.

The end of the trade in the 19th century did not fundamentally change the relationship between the major European powers and Africa. Indeed, in Britain’s case, the founding of its first colony there coincided with the parliamentary abolition of the slave trade.

Sierra Leone had been established as a haven for those Africans who had freed themselves or had been liberated by the anti-slavery squadron established by Britain off the coast of West Africa in the early 19th century. But its founding ushered in increasing interference by Britain in that part of the world.

Britain’s economic interests in Africa during this period – especially what was known as ‘legitimate commerce’ in palm oil and other products – developed in fierce rivalry with other European powers. As the century progressed, the big powers staked out their claims to African territory, and by its end, these had culminated in what The Times referred to as the ‘Scramble for Africa’.

By the end of the First World War, the major powers had invaded and divided the entire African continent into European colonies by. Only two countries, Liberia and Ethiopia, remained independent. In many cases, foreign involvement led to the loss of millions more Africans. In Congo for instance, early colonial rule by Belgiam is thought to have caused the deaths of 10 million, halving the population.

There is still considerable argument about the precise nature of the legacy of the transatlantic slavery in Africa. In general, it contributed to the economic development of Britain and the other industrialising countries of Europe and North America, while it left Africa depopulated, relatively underdeveloped and increasingly dependent on the economies of Europe.

It is clear that, through the trade, Africa lost millions in population – those who would have been its main producers and consumers. Some studies have suggested that it was not until the beginning of the 20th century that the continent’s population began to grow as fast as that of others, which contributed to its relative economic backwardness.

Perhaps more importantly, Africa increasingly lost its economic independence, its economies becoming geared to production for external markets and being dictated by the demands of others. This was certainly a major feature of the slave trade itself, through which African societies gained nothing of any value.

Africa’s dependency continued under colonial rule, which was itself greatly facilitated by the legacy of the slave trade. Under it, production became increasingly mono-cultural and geared specifically to the needs of the colonial power. Africans were prevented from developing their own banks and manufacturing and shipping companies, and economies developed that were essentially appendages of the those of the European powers.

In Europe, it was a different story. There, transatlantic slavery had contributed significantly to economic development, stimulating the processing and manufacturing industries and enabling the production, through the use of African labour, of some of the most sought-after raw materials and luxury items such as sugar, tobacco and cotton.

Even after Britain had abolished the trade in 1807, it continued to benefit from cotton produced by slave labour in the United States, and after emancipation in 1833, a cheap source of labour was maintained in the Caribbean colonies. British manufacturers also continued to benefit from slave-produced products from Cuba and Brazil and invested in the economies of these countries, which utilised slave labour until the end of the 19th century.

From colonial rule, Africa inherited not only dependent economies but also Eurocentric political systems. These were not designed to deal with the particular nature of African cultures, societies or countries and were not based on the participatory principles of many pre-colonial African political systems.

The post-colonial period was, it is now generally accepted, disastrous for the African continent, which is poorer than it was in mid 20th Century and where it is difficult to speak meaningfully of political or economic independence. For much of this period, Africa has been in debt, dependent on the big powers and politically unstable. Its economic resources, including its human ones, continue to be exploited mainly for the benefit of other countries.

Transatlantic slavery also left behind a legacy of racism and other forms of Eurocentrism. Those in the African diaspora and on the African continent found themselves victims of racial discrimination and prejudice, which took a variety of forms.

In the United States, those of African origin were legally declared second-class citizens, forced to accept segregated through Jim Crow laws and often subject to discrimination and racist violence. It took many years of agitation and thousands of deaths before the struggles of the civil rights movement of the 1950s and 1960s changed both laws and conditions.

Africans were also discriminated against by colonial laws, which were based on the racist premise that they were incapable of governing themselves or developing their own land and resources. The most infamous racist regime in Africa, however, was founded on the system of apartheid that was introduced to independent South Africa in 1948. Again, it was only after many heroic sacrifices that it was finally defeated in 1991.

In Britain, too, racism has been a feature of life for centuries. Even in the 20th century, a widespread colour bar existed in accommodation, the armed forces and even boxing – nobody of African origin was permitted to fight for a British title before 1948. Laws against racism were introduced only in 1965. However, hate crimes and institutional racism, such as has been highlighted in the Stephen Lawrence case in 1993 are reminders that racism is a persistent legacy of the transatlantic slavery.

You can find artefacts in the theme of Legacies.