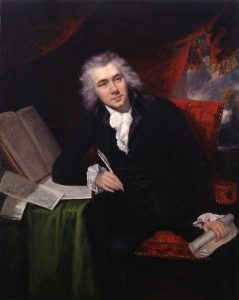 The city of Kingston upon Hull has a centuries-old sea-faring commercial history, but its location on the east coast of England ensured that its commerce was shaped by maritime links to Europe. England’s major slave ports were primarily on the west coast, with easy access to the Atlantic. Hull looked elsewhere for its maritime trade.
For all that, the city is, to this day, associated with the slave trade, primarily through William Wilberforce, the local MP who led the parliamentary campaign, first, against the slave trade and, later, against slavery itself. 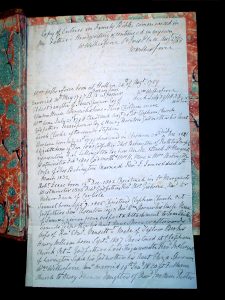 Wilberforce was born in 1759 to a prosperous Hull family, its fortune due to one of the mainstays of the city’s 18th-century prosperity – the trade to the Baltic and northern Europe. Hull had a long-established commercial links to mainland Europe and the Baltic, in addition to a thriving coastal trade. All this was served by the city’s access to a rich agricultural hinterland and a river system that enabled produce and goods to flow through it to and from the north of England and the North Sea.

Wilberforce’s grandfather, twice mayor of Hull, had built a major commercial fortune from the Baltic trade. This was eventually inherited by the young William and enabled him to devote himself initially to a carefree, fashionable and rakish life and then to secure the costly parliamentary seat for Hull in 1780. Four years later, he became the independent MP for Yorkshire. He also increasingly dedicated himself to a series of reforming activities, fuelled by his evangelical Christianity, to which he converted in 1785.

A close friend to the Prime Minister William Pitt (the Younger), Wilberforce was henceforth associated with a number of reform movements; though on many issues his views remained traditional and sometimes reactionary. He is, of course, remembered best of all as the figurehead of the abolition movement.

Indeed Wilberforce came to personify that campaign. Today, his portrait and statues, both in Hull and in Parliament, capture the widely held public view that here is the man who brought about the end of the slave trade.

Such a view is, of course, far too simplistic: Wilberforce was the parliamentary spokesman and leader of a complex and popular abolitionist campaign. Nonetheless in Hull and Yorkshire at large, he played a key role in promoting the abolitionist message from 1787 onwards and his home town is permanently associated with his name.

Hull has ensured that this association remains commemorated to this day, not least by the massive 31-metre (102ft) high column bearing his statue in the centre of the city. And the Wilberforce Institute for the Study of Slavery and Emancipation (WISE), next to the Wilberforce House Museum and part of the local university, is a permanent reminder of the man and of his links to his native town.

Through all its subsequent economic twists of fortune, the city of Kingston upon Hull – shaped in large part by the sea and by seafaring industries – remains inextricably associated with William Wilberforce and the campaign against the slave trade and slavery.