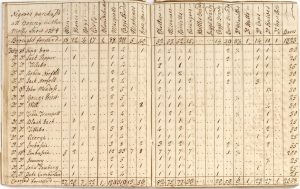 On 19 March 1783, the African Olaudah Equiano called on anti-slavery campaigner Granville Sharp (see Campaign for abolition with news of an event that, even by the standards of the transatlantic slave trade, was scarcely credible.

Three days earlier, a legal case in London had heard how the Liverpool owners of the ship, the Zong, had sued the ship’s underwriters for the value of 132 Africans lost on a voyage from Africa to Jamaica. The owners claimed that the Africans had been thrown overboard when – because of poor navigation – the ship had sailed past its destination in Jamaica and had run short of water. To save the healthy, the sick, (or those who were said to be sick) were killed. There was however no such shortage.

The jury decided that the underwriters were obliged, under law, to pay. Two months later, however, they went to Lord Mansfield’s Court of King’s Bench seeking a second trial and a reversal of the original decision. That hearing, which took place on 21–22 May 1783, was recorded at Granville Sharp’s request. Most of what we know about the Zong derives from that report.

The voyage and the massacre 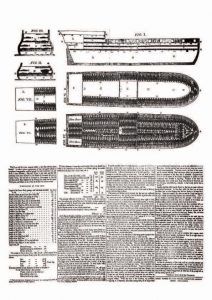 The Zong had been a Dutch vessel, the Zorgue, seized by the British in 1781 off West Africa, along with 244 Africans on board. It was then bought by the captain of a Liverpool slave ship on behalf of his Liverpool owners. With a new make-shift crew, captained by Luke Collingwood, an experienced slave-ship surgeon, the Zong traded at Cape Coast and Accra, accumulating a final complement of 442 enslaved Africans. The ship and its human cargo, now insured with underwriters in England for £8,000, sailed for supplies to São Tomé, an island off the west coast of Africa, leaving there for Jamaica on 6 September 1781. Captain Collingwood was ill throughout much of the voyage.

The ship sighted Tobago on 18/19 November and sailed on, mistaking Jamaica for the French colony of St Domingue (later Haiti) and overshot Jamaica. Between 29 November and 1 December, three groups, totalling 132 people, were thrown to their deaths from the Zong.

The ship arrived in Black River, Jamaica, on 22 December. Captain Luke Collingwood died shortly afterwards, and the surviving 200 African captives were advertised for sale. The ship’s log – the formal record of everything that happened on the ship – had mysteriously disappeared.

Back in London, on 22 May 1783, Lord Mansfield and Justices Wills and Buller agreed with the underwriters and decided that there should be a new trial. But there is no evidence that it ever took place. The case and the killings on the Zong have reverberated down to the present day. 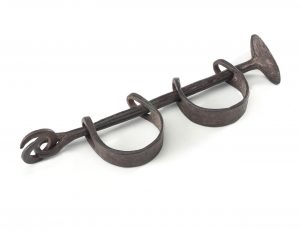 Like other cargoes, the Africans on the Zong were insured by the ship’s owners: each had a price on their head. It was also an accepted convention of English maritime insurance that, under certain conditions, compensation would be paid for dead Africans. Of those killed in the course of a shipboard insurrection (of which there were many) or who died of wounds, and even those thrown overboard during the crushing of a rebellion, each would have their value returned to the ship’s owners by the underwriters.

This had been standard practice long before the Zong incident. Someone on board the Zong, moreover, clearly knew that maritime insurance allowed for such claims to be made. However, up to 1783, no one as far as is known had claimed for the death of Africans deliberately killed in order to make an insurance claim. 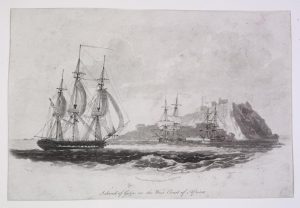 To this day, mystery surrounds what happened on the Zong. Traditionally, Captain Collingwood has been blamed, yet he was mortally sick and, for long spells, had handed over control of the ship to others. The mate James Kelsall was suspended after a row with Collingwood, and the ship for a while had been in the direction of passenger Robert Stubbs, himself an ex-slave captain.

Was the navigation error caused by the confusion of responsibility on the ship? And who first came up with the idea or murdering the Africans? Whatever the answer to that question, no member of the crew opposed the decision to kill them.

Almost as surprising was the decision by the Liverpool merchants – the William Gregson syndicate, two of whom had been mayor of Liverpool – to sue for their money in the first case. They were perfectly happy to go to court, with all the inevitable publicity, and openly admit that their crew had killed 132 Africans.

A question of property and insurance

When the case was heard before Chief Lord Justice Mansfield, eminent counsel, notably the solicitor general John Lee argued vigorously that the killings were not a matter of murder or morality but solely involved a question of property and insurance:

What is this claim that human people have been thrown overboard? This is a case of chattels or goods. Blacks are goods and property; it is madness to accuse these well-serving honourable men of murder. They acted out of necessity and in the most appropriate manner for the cause. The late Captain Collingwood acted in the interest of his ship to protect the safety of his crew. To question the judgement of an experienced well-travelled captain held in the highest regard is one of folly, especially when talking of slaves. The case is the same as if wood had been thrown overboard.

However, even Lord Mansfield, generally sympathetic to the slaving lobby, felt uncertain about this line of reasoning.

At one level, the Zong case was an extension of existing legal and commercial practice. Africans were bought and sold as property, and they were insured as property. If killed by the ship’s crew in self-defence, their value was recoverable – as property. The Gregson syndicate went to court with this in mind: they were Liverpool slave traders who handled Africans as commodities – and they wanted their money back.

The Zong affair and abolition

They had not reckoned, however, with Granville Sharp and Olaudah Equiano. Sharp, well experienced in raising a social and legal uproar, was incensed by what he learned in 1783. He embarked on yet another personal campaign, this time to bring to justice the guilty men from the Zong (he failed). He also set out to alert men in high positions – in politics, the law, the Church, indeed anyone of influence – about the Zong case. Sharp was determined to expose the killings in the hope of reining in the excesses of the slave ships and of ending slavery itself.

The subsequent outcry, especially among churchman, was to have a profound effect on the course of abolition. Indeed there is a direct line of descent from outrage at the Zong affair in 1783 to the founding of the Abolition Society in 1787. In the following years, the case was referred to time and again when men wrote about the slave trade. The Zong became a marker of the extreme depravity that characterised the trade.

Yet the deliberate killings of Africans during voyages of slave ships did not end following the Zong. Indeed they actually increased in the early 19th century: When, following abolition of the slave trade in 1807, Royal Navy vessels chased suspected illegal slave ships, the slavers’ crews were often prepared to throw Africans overboard rather than be caught with slaves on board and have the vessels impounded.

The terrible story of the Zong left an indelible mark on all who learned of it in the 1780s. The people who remembered it best were, of course, the 200 African survivors sold at Black River, Jamaica, who had heard the screams of their drowning shipmates. Today, a memorial in Black River reminds tourists, heading for the mangroves and alligators outside the town, of one of the bleakest episodes in the history of the transatlantic slave trade.

This page was edited in June 2020 to correct a historical error. We would like to extend our thanks to the member of the public who drew this to our attention.